In partnership with Bring The Elephant Home in Thailand, we’re excited to share this picture diary from the field, by Brooke Friswold, who is a PhD student at King Mongkut University of Technology Thonburi!

It has been another busy month in Ruam Thai Village! We have erected ten camera traps on pineapple farms with the consent of local farmers in areas with reported high frequency of visitation and five on lemongrass farmland rented by Bring the Elephant Home.

In speaking with the farmers they were very excited and enthusiastic to share their experience: some of the farmers say that the elephants are coming most nights to their land, while others say it can be weekly or also come in waves, with times of high visitation followed by lapses in appearance. The farmers were very eager and interested to share and discuss where the best placement would be for the camera traps, the trails the elephants use to enter, and the recent visitations they had. 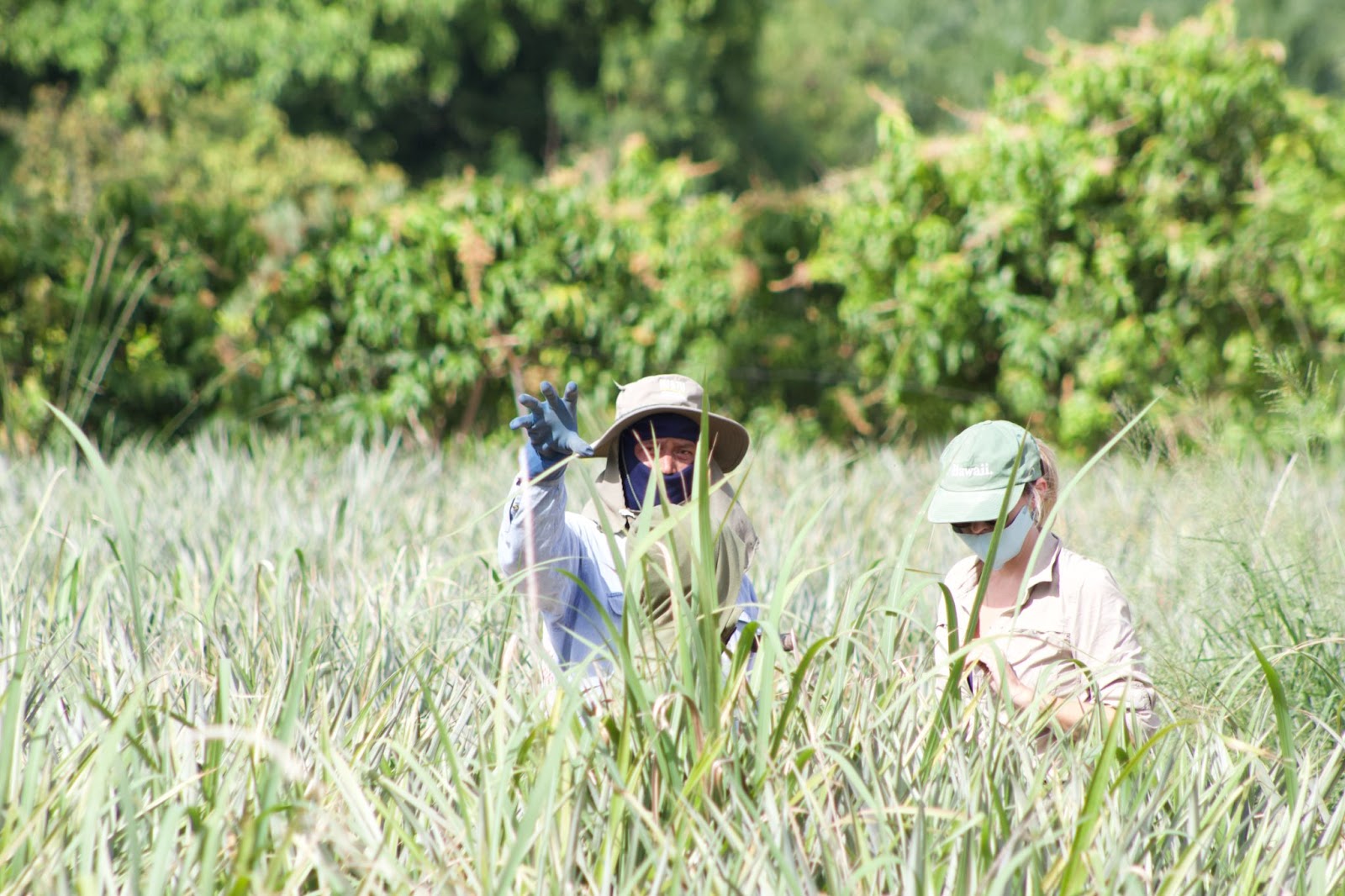 One farmer told us how an elephant came through her farm the night before bleeding and showed us the blood trail – this information was passed on to the local rangers to look out for an injured elephant, highlighting another important use of the camera traps.

The process involved using multiple people to carry the (very) heavy poles to an area where the farm plots could be clearly seen and often oriented to face the most likely area of entry – as dictated by the farmers.

Many of the farms had one or two nearby elephant routes they take to enter and exit the farms. The elephants almost exclusively enter the farms at night from the nearby Kui Buri National Park which borders the village. Kui Buri National Park is also only one of two areas where you can join safaris to see elephants in the wild – making Ruam Thai an interesting area, in that the local community experiences benefits of elephant ecotourism but also challenges regarding crop raiding elephants.

The first recording of elephant footage for this research was what looked like an adult bull who passed along a pineapple farm using an elephant pathway that the farmer had identified to us, which is also a small dirt road. 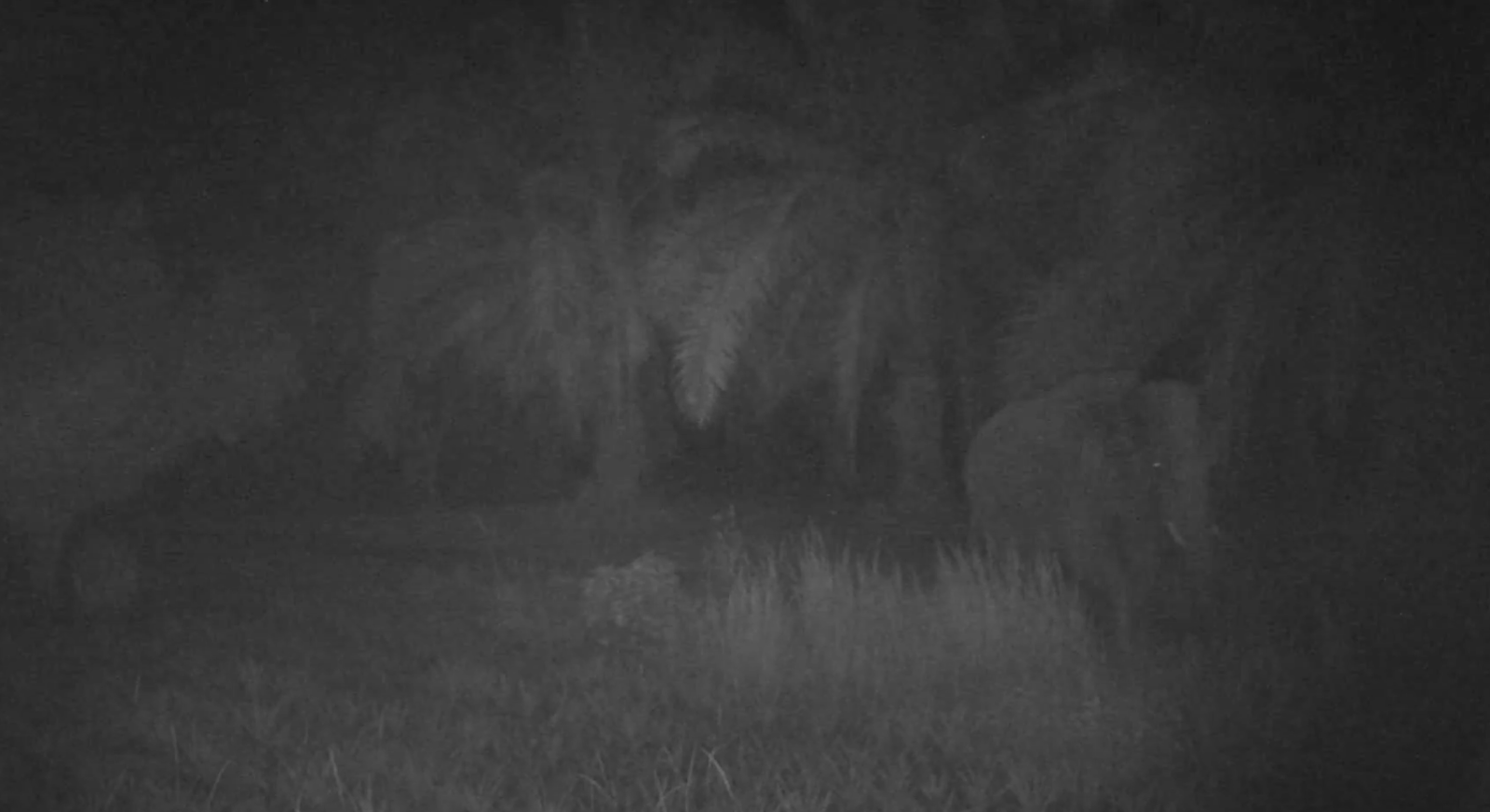