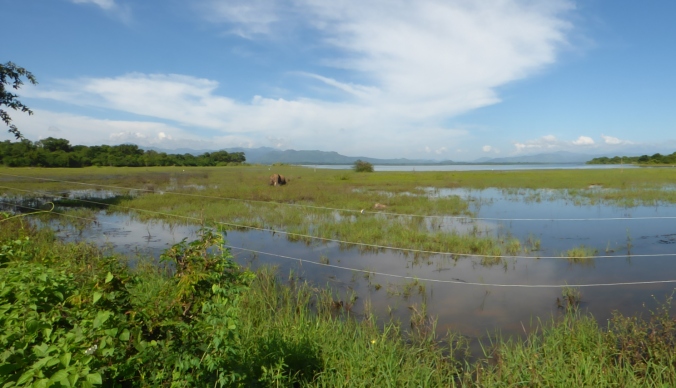 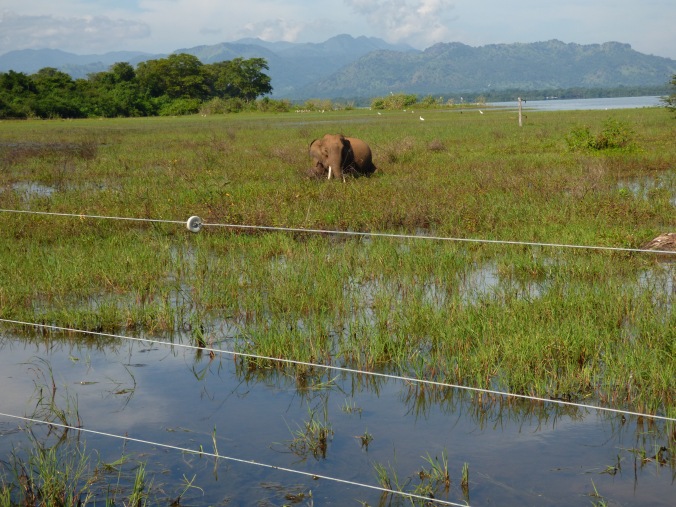 …until you look closer.

He looked as though he were sitting down, surrounded by grass and reeds, his back against the intense blue sky, reflected in the mirror of the reservoir. Countless people had passed by, assuming he was just resting as he ate. You could see him easily from the road, just a few tens of meters from the electric fence along park boundary, close to the spillway.

But hours later, when he still hadn’t moved, someone realized something was wrong.

Closer inspection reveals a tiny wound, in the middle of the forehead. A small streak of what could have just been a splash of water, but was in fact a trickle of dried blood.

By the time the veterinarian and others arrived to investigate, it was too late. [T212] was already dead. 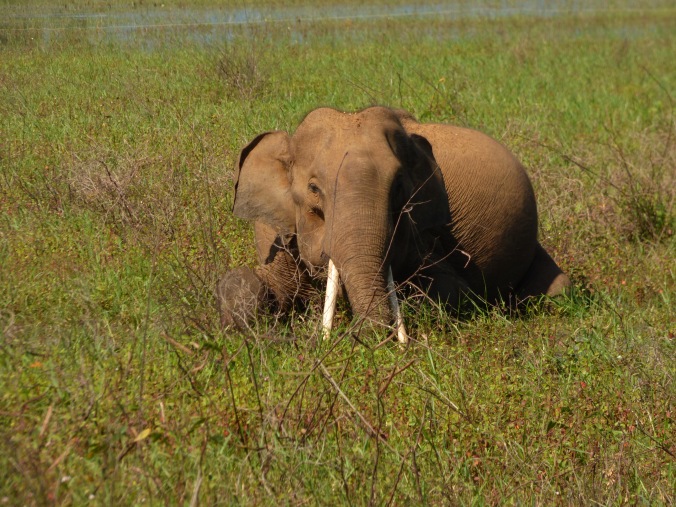 He was two months shy of his twelfth birthday.

Born in February of 2007, [T212] belonged to a very small and exclusive club – tusker calves born inside Udawalawe National Park. His mother had the ID [111], Naomi of the N family. The Ns were an aloof bunch, preferring to keep mostly to themselves. In the early years of the research project, we saw them only in the dry season, close to the reservoir on the Southern most end of the park. 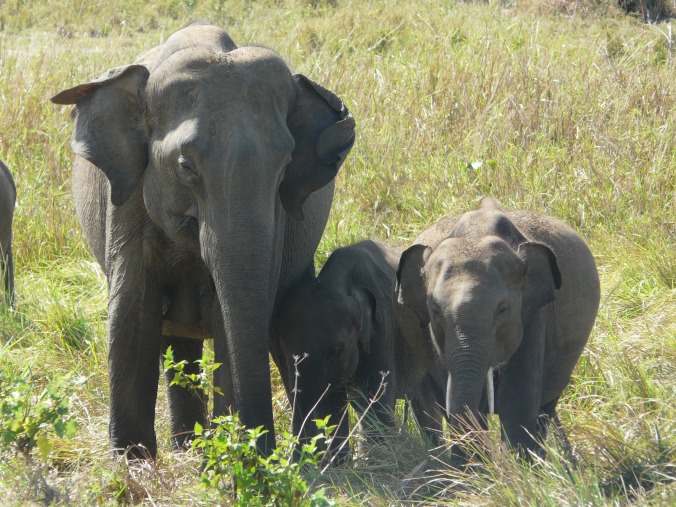 We were initially mystified at how they showed up there every year, without being spotted anywhere else. Did they travel only by night? Did they stay away from roads? How did they avoid all those tourists on their journey from wherever it was they spent the wet months, to their dry season home at the reservoir? The answer, as we discovered, seemed hard to believe, but it explains why [T212] became such an easy target. 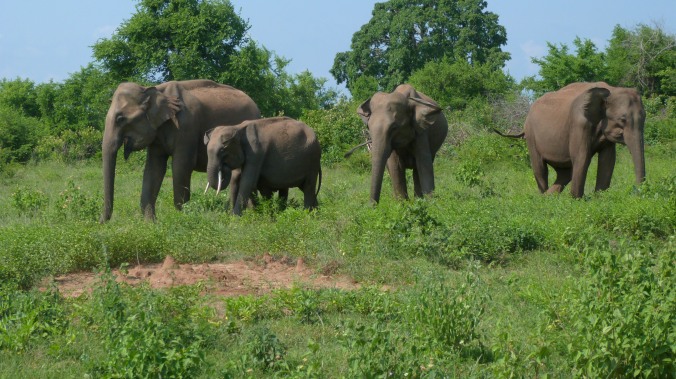 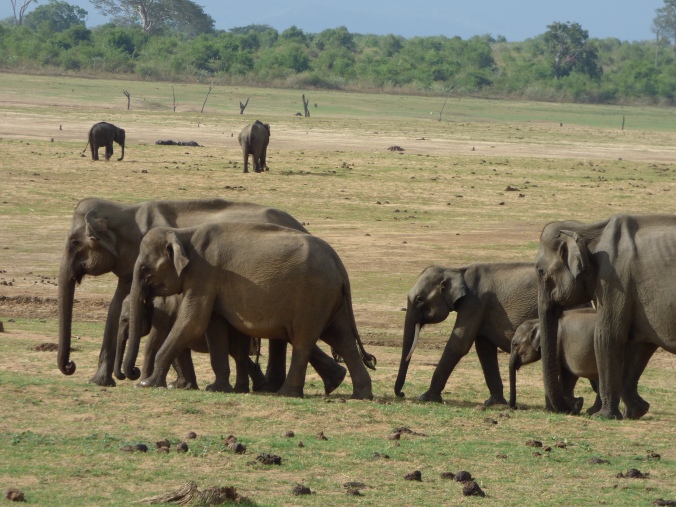 But first let us tell you about [T212].  We weren’t sure he was a tusker at first. The pointy little nubs sticking out past his lip were so thin, we thought they might be tushes. But as he grew, so too did his teeth. As far as we could see, he was the only tusker the family had produced. Though we were pleased, we worried that he was growing up so close to the edge of the park.  There was a spate of illegal calf kidnappings going on, and a baby tusker would be a sought-after prize. But the risk is highest until the age of three or so, after that they’re too much trouble to overpower. We were relieved when he outgrew this risk, but kept close tabs on him. 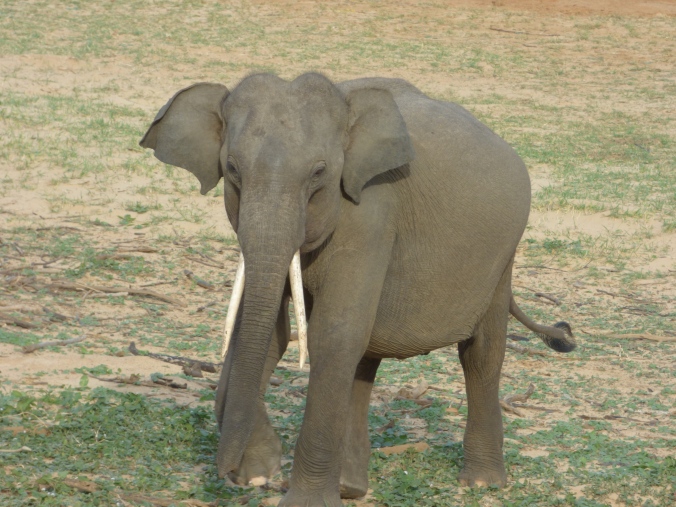 Tuskers are exceedingly rare in Sri Lanka. No one quite knows why – perhaps they were a rarity to begin with in the founding population of the island. Perhaps it is the result of generation upon generations of selective capture and hunting.  So when a baby tusker is born, we watch anxiously until they grow up and disperse from their families. An elephant takes so long to mature, it’s only happened once so far in the duration of our twelve year study.

A dispersing animal faces many perils. He loses the safety of protection and vigilance afforded by his family. He must navigate unfamiliar surroundings and find food that is hopefully safe to eat. Above all, he must learn to avoid people. Elephants born in the park are especially susceptible to two dangers. First, they are so habituated to people they may not fully realize the danger humans present. Second, those that get accustomed to hanging around near the fence might get fed by people, a bad habit that is as difficult to break in people as in elephants.  If the calf happens to be a tusker, the temptation of ivory rears its ugly head. 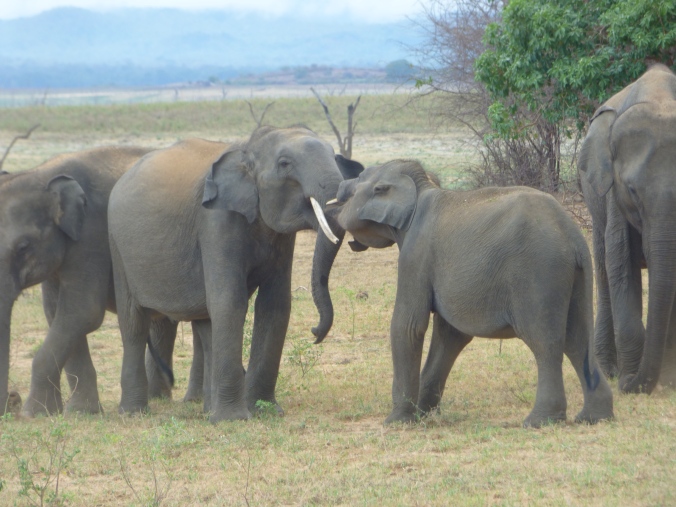 [T212] still wrestles and plays with other calves, though increasingly more independent by 2017.

As the years went on, park management cleared new roads and fire breaks along the edge of the reservoir.  Irregularities in rain dried out the reservoir in some years, so that the water level was low enough to drive around even during the “wet” months.  We were able to access the far end of the reservoir – and who did we see? The N family!

They seemed to live in their little patch of forest year-round, which would make it one of the smallest home ranges for an elephant family ever known, barely a few tens of square kilometers. In the wet season, they enjoyed a sort of isolated kingdom of their own. On the southern side, the electric fence prevented the intrusion of people. In all other directions, a wide body of water spared them from competing with elephants in the rest of the park, while also keeping them hidden from nosy tourists and researchers alike. They had plenty to eat and shade to retreat under. In the dry season they were merely more exposed so we could see them, but their movements likely didn’t change much.

This tiny area was home to [T212]. He must have known every inch of it, having walked it all with his mother and her family.  At eleven years old, he had started putting more distance between himself and them, but he hadn’t set off on his own yet.  He took to grazing by himself, in plain view of the road and all passersby. He could not have known that the familiar ground on which he had spent his whole life, where people passed by daily and presented no threat, could ever be a danger to him.

We feared it was only a matter of time before opportunistic hunters made plans to go after him. 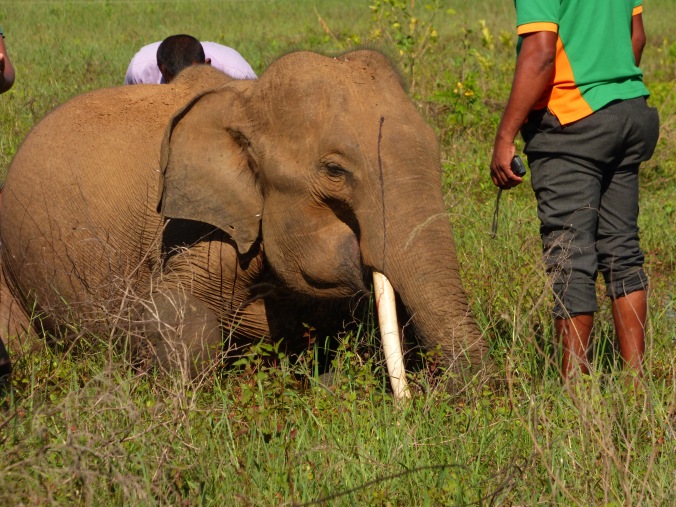 And so it happened that on December 1st [T212] met his fate. They must have come in the night, and shot him from the road. They probably expected him to collapse there, where they would easily remove the tusks.  But he didn’t fall as they’d expected. As he sank down, his tusks speared the ground and propped him up. There he sat, looking for all the world as though he were merely at rest. His ears may even have moved in the breeze.

They must not have known he was dead, so they didn’t dare try and take the tusks.

So ended the story for [T212]. The saddest part in all this is that he had an entire park to explore, and might have enjoyed a longer life had he chosen to turn anywhere but South. No amount of patrolling could have protected him. The vast majority of people in Sri Lanka love and respect tuskers too much to kill them, those in Udawalawe no different. But it only requires one greedy desperate person to take a life. There are other young tuskers who innocently risk the same fate. We keep hoping they stay safe each day, and grow up to be the magnificent creatures they were meant to be.

***  [UPDATE, March 2019 – It now appears that the killers were not after the tusks. Instead, the killing seems to be motivated by the fact that T212 had lately participated in raiding the sugar cane plots south of the park. His tusks only served to make him more distinctive than other individuals. Although suspects were investigated, none were charged.]   ***